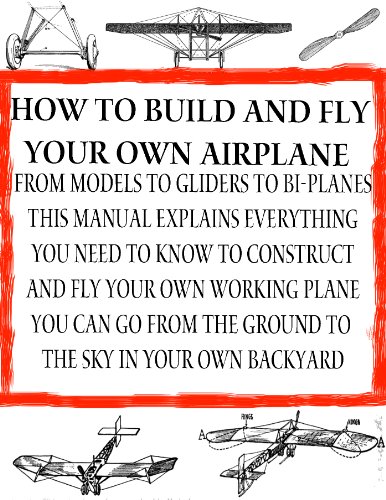 One of the commonest phases of interest in aviation is the desire to build a flying machine. In fact, this is very frequently the first thing the experimenter undertakes after having gone into the theory of flight to some extent. Only too often, no effort whatever is made to get beyond theory and the machine is an experiment in every sense of the word. An experience of this nature is costly -far more so than is agreeable for the student, and is likely to result in disgusting him with aviation generally. There are hundreds of schemes and principles in the art that have been tried again and again with the same dismal failure in the end. Refer to the story of the Wright Brothers and note how many things they mention having tried and rejected as worse than useless. About once in so often someone "rediscovers" some of these things and, having no facilities for properly investigating what patent attorneys term the "prior art" (everything that has gone before, from the beginning of invention, or at least patented invention) becomes possessed of the idea that he has hit upon something entirely novel and. Wholly original. There is no desire in the present work to discourage the seeker after new principles-undoubtedly there are many yet to be discovered. The art of flight is in its infancy and there is still a great deal to be learned about it, but there is no more discouraged inventor than he who--discovers a principle and, after having experimented with it at great expense, finds that it is only one of many things that numerous others have spent considerable money in proving fallacious, a great many years ago.