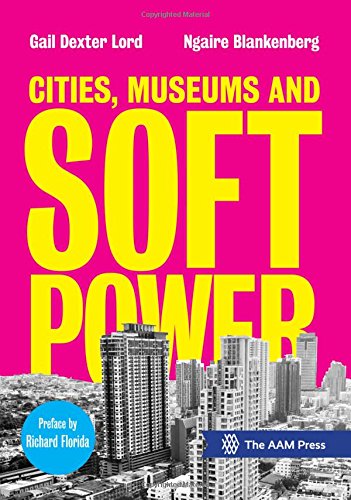 Críticas Cities, Museums and Soft Power is a must read for museum leaders who grapple with their institution's role in building cultural infrastructure locally or globally. Readable, instructive and compelling, this book builds the case for museums as strong, society-minded networks that can deftly employ soft power to accelerate cultural change and empower citizens at home or around the world. -- Melody Kanschat, Executive Director, Getty Leadership Institute In this important and timely book, Gail Dexter Lord and Ngaire Blakenberg have brought together an innovative array of essays that not only answer the perennial question of why museums matter, but also suggest a blueprint for how museums can exercise more influence and be of greater value to their urban communities. This is a must-read for those who care about culture, museums and the evolution of our communities in the 21st century. -- Lonnie G. Bunch, Founding Director, National Museum of African American History and Culture The authors build a compelling argument as they explore what's next for cities, museums, and soft power, framing the international conversation about the future in fresh and provocative ways. A fascinating book. -- Jim Thompson, Founder, Museum Next, London Reseña del editor Museum planners Gail Lord and Ngaire Blankenberg demonstrate how museums and cities are using their soft power to address some of the most important issues of our time.Soft power is the exercise of influence through attraction, persuasion, and agenda-setting rather than military or economic coercion.Thirteen of the world's leading museum and cultural experts from six continents explore the many facets of soft power in cities and museums: how it amplifies civic discourse, accelerates cultural change, and contributes to contextual intelligence among the great diversity of city dwellers, visitors, and policy makers. The authors urge city governments to embrace museums which so often are the signifiers of their cities, increasing real estate values while attracting investment, tourists, and creative workers. Lord and Blankenberg propose 32 practical strategies for museums and cities to activate their soft power and create thriving and sustainable communities. Follow the link below to watch co-author Gail Lord speaking about soft power on The Agenda, a popular public affairs program on TVO, a leading educational television broadcaster http://tvo.org/video/programs/the-agenda-with-steve-paikin/a-cultural-sleeping-giant. To Read More: http://tvo.org/article/current-affairs/shared-values/how-museums-help-cities-realize-their-soft-power Ver Descripción del producto