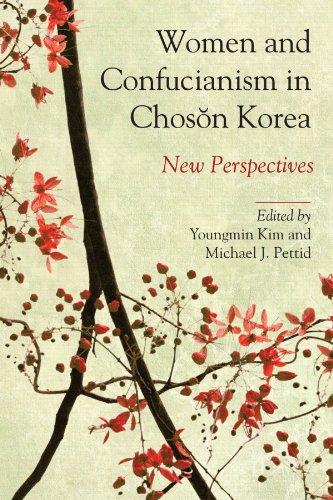 Reseña del editor A new, multifaceted look at Korean women during a period of strong Confucian ideology.This volume offers a fresh, multifaceted exploration of women and Confucianism in mid- to late-Choson Korea (mid-sixteenth to early twentieth century). Using primary sources and perspectives from social history, intellectual history, literature, and political thought, contributors challenge unitary views of Confucianism as a system of thought, of women as a group, and of the relationship between the two.Much earlier scholarship has focused on how women were oppressed under the strict patriarchal systems that emerged as Confucianism became the dominant social ideology during the Choson dynasty (1392–1910). Contributors to this volume bring to light the varied ways that diverse women actually lived during this era, from elite yangban women to women who were enslaved. Women are shown to have used various strategies to seek status, economic rights, and more comfortable spaces, with some women even emerging as Confucian intellectuals and exemplars. Biografía del autor Youngmin Kim is Associate Professor of Political Science at Seoul National University.Michael J. Pettid is Associate Professor of Premodern Korean Studies at Binghamton University, State University of New York. He is the author of Korean Cuisine: An Illustrated History and cotranslator (with Kil Cha) of Unyoáng-joán: A Love Affair at the Royal Palace of Chosoán Korea.