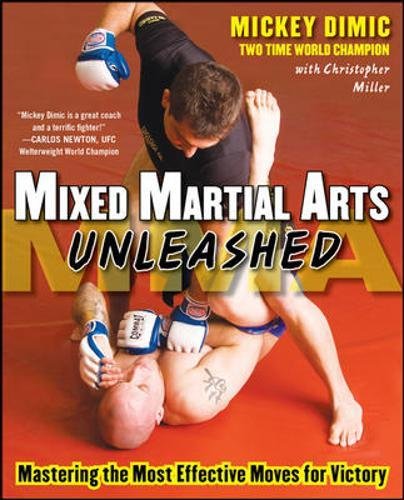 Think you know your way around the cage? Think again. Mixed martial arts powerhouse Mickey Dimic, two-time middleweight world champion and Hall of Famer, kicks your game into gear with this no-holds-barred guide to grounding and pounding, sprawling and brawling, and boxing dirty like the toughest contenders.

Breaking down the fundamentals of mixed martial arts competition, Dimic brings his decades of MMA experience to teach you the various skills of boxing, wrestling, Muay Thai, judo, and Jiu-jitsu, arming you with an unstoppable arsenal of weapons sure to yield maximum damage to any opponent. With Dimic's cage-tested tips and drills, you'll learn to:


Mickey Dimic has thirty-four years of experience in martial arts. A two-time middleweight world champion, World Martial Arts Hall of Fame member, and fifth-degree black belt, he has trained six world champions and countless students at his dojo. Living in Ontario, he is currently the coach for the Canadian Jiu-Jitsu Association.